(Lake Junaluska, NC) The 2019 Convention of the Haywood County Republican Party was well organized and well attended. Leading the morning activities were the Annual Precinct Meetings, followed by lunch and the official Convention.

Debbie King chaired the well-organized 2019 convention. Scott Cumbie from NCGOP served as the Parliamentarian. Many attendees commented on the beautiful Harrell Center and the professional layout of the convention. The Banquet seating allowed for multi purpose use as Precinct meetings were held in the same location as the convention. The stage was flanked by floor to ceiling windows with a sunny view of Lake Junaluska and a large media screen.

The Annual Precinct Meetings included many newcomers. The reports show that many of the precinct leaders are new to leadership positions, which expresses enthusiasm for the next 2 years.

The local Republican Party is ready for the upcoming 2020 Trump Presidential campaign and looking forward to the Republican National Convention that will be held in Charlotte NC. Dallas Woodhouse, the NCGOP Executive Director spoke at the convention and encouraged volunteers to participate in the exciting National Convention. Mr. Woodhouse commented that Haywood County has become one of the most dynamic local parties in the state.

During lunch, a stand in for Abraham Lincoln, the first Republican President, entertained with tales of his days in office and similarities with today. Michael LaPaglia, a Republican candidate for NC Secretary of State, and his wife Patricia stopped by to visit with convention attendees.

Many items were for sale including 2019 ‘Shindig’ Tickets for the September 14thannual event, which were released for sale at the Convention plus Republican and 2020 campaign attire such as t-shirts and hats.

A presentation of plaques to the four Republican Commissioners commemorated the historical election in which Republicans were elected to a majority on the Board of County Commissioners for the first time since the founding of Haywood County in 1808. A plaque was presented to each commissioner including Kevin Ensley, Brandon Rogers, Mark Pless and Tommy Long and one will be placed in the Republican Headquarters located at 297 N. Haywood St, Waynesville NC.

The next meeting of the newly elected Executive Committee of the Haywood Republican Party will be April 11, 2019 at the Republican headquarters at 6:00 PM. ‘Precinct Leadership Training’ will precede the Executive meeting at 5 PM. 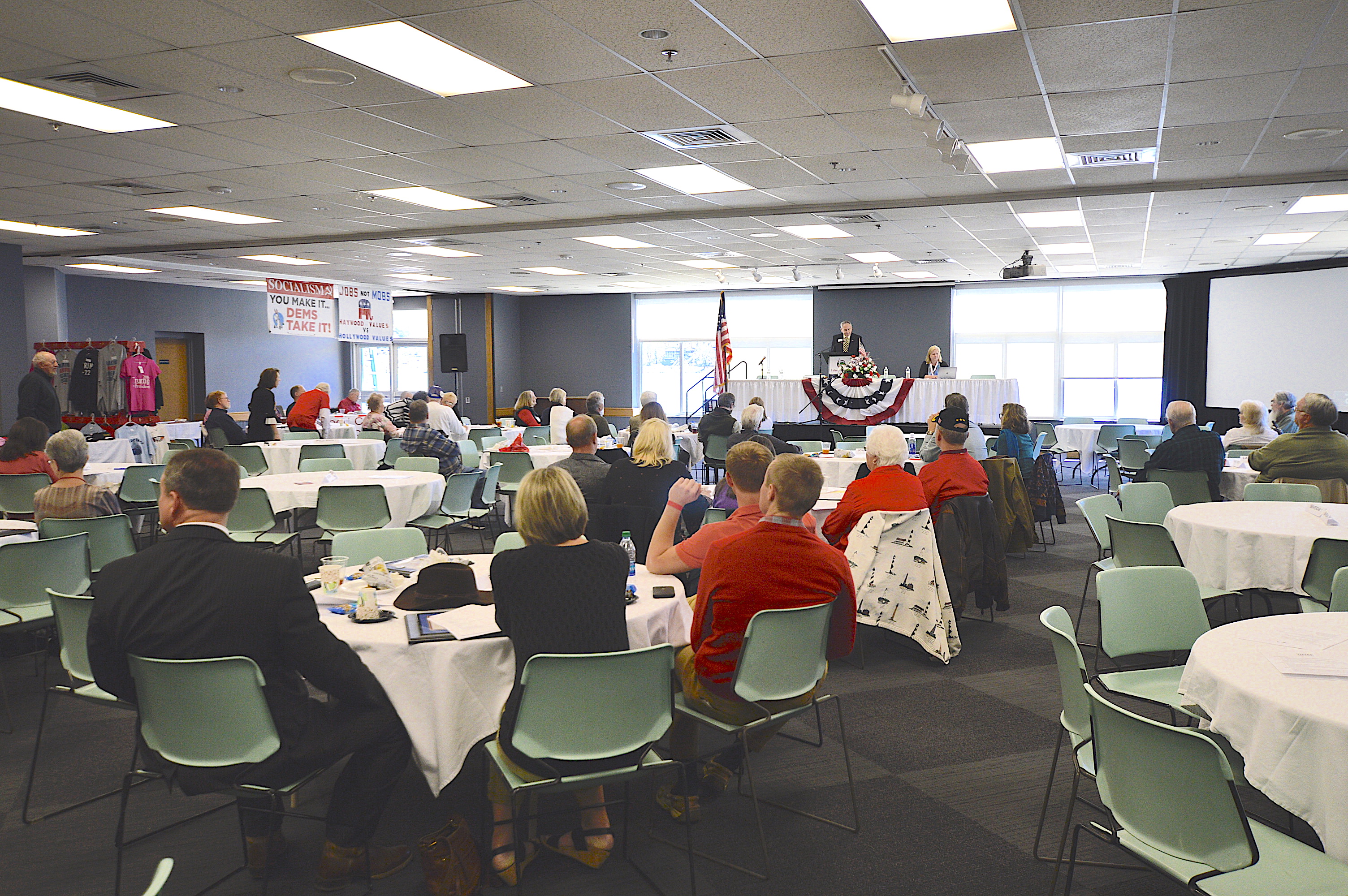